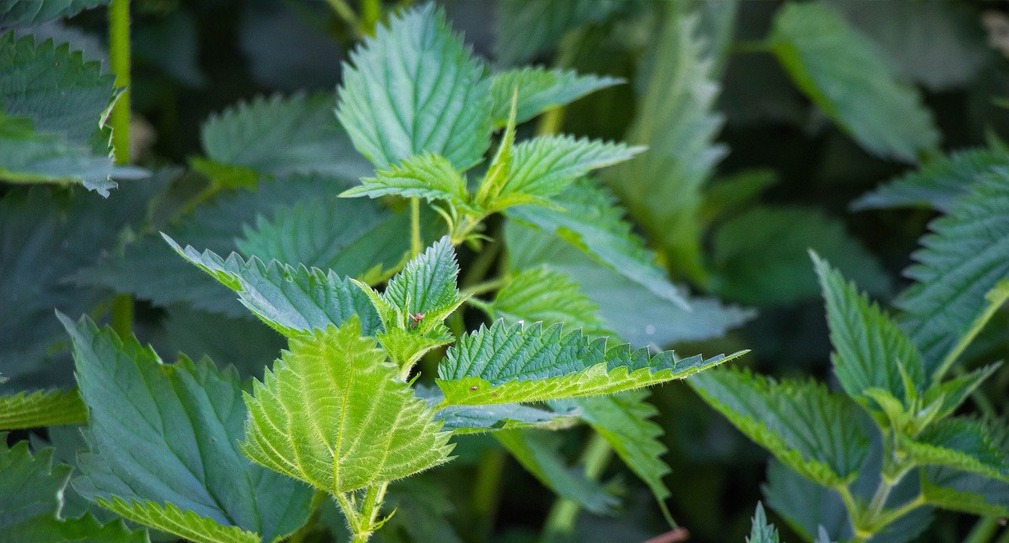 Nettle (Urtica dioica) is one of the most well-known and widely used medicinal herbs in the world. Its usage dates back to Ancient Egypt, China, and the Romans, who used Nettle teas for relief of arthritis and lower back pain, joint and muscle pain, eczema, gout, and anemia (Upton, 2012). Today, Nettle is used throughout the world for its many health benefits – including as an effective diuretic and for urinary, bladder, and prostate issues.

Nettle is one of the most common medicinal herbs in the world, being used by countless cultures around the world. Nettle’s scientific name, Urtica dioica, comes from the Latin word uro, which means “to burn,” – this is because its leaves can cause a temporary burning sensation upon contact with the skin, as anyone who has come into contact with the plant on a hike can attest to (Otles & Yalcin, 2012).

The leaves of the nettle plant have hair-like structures called trichomes that sting and can produce itching, redness and swelling (Otles & Yalcin, 2012). Despite the aggravation that the fresh leaves of the plant can cause, once it is processed into a supplement, dried, freeze-dried or cooked, stinging nettle can be safely consumed.

What Is Nettle Used for?

These antioxidants can help defend your cells against damage from free radicals. Damage caused by free radicals is linked to aging, as well as cancer and other harmful diseases (Khansari et al., 2009).

It also describes the use of the root as “Used in Herbal Medicine to help reduce difficulty in urination associated with the early stages of benign prostatic hyperplasia (BPH). (Bradley 2006, Mills and Bone 2005, ESCOP 2003, Hoffmann 2003, Blumenthal et al. 2000)”

Benign Prostatic Hyperplasia (BPH), also called prostate gland enlargement, is one of the most common health issues for men, affecting up to 50% of men aged 51 and older (Nimeh et al., 2016). Common symptoms of BPH include a frequent or urgent need to urinate, increased frequency of urination at night (nocturia), difficulty starting urination, weak urine stream or a stream that stops and starts, dribbling at the end of urination, and the inability to completely empty the bladder. A number of studies have shown that Nettle is an effective way of treating the symptoms of BPH – without any noticeable side effects (Lopatkin et al., 2007; Safarinejad, 2005), and may, in fact, show a promising role i the prevention of BPH and BPH-linked disorders when combined with Saw Palmetto (Saponaro et al., 2020).

A number of studies have shown that nettle can have a positive effect on cardiovascular health by helping to lower blood pressure. Nettle supplements achieve this by stimulating the production of nitric oxide – which acts as a vasodilator and relaxes the muscles of the body’s blood vessels (Qayyum et al., 2016). In addition to stimulating nitric oxide production, nettle also has compounds which appear to act as calcium channel blockers, which relax your heart by reducing the force of contractions (Qayyum et al., 2016; Elliot and Ram, 2011).

Chronic inflammation can have many negative impacts on the body, and a number of studies have show that nettle contains compounds which can help reduce inflammation. In a number of animal and test-tube studies, the use of stinging nettle reduced the levels of multiple inflammatory hormones by interfering with their production (Riehemann et al., 1999; Obertreis et al., 1996). Additionally, in human studies, applying a stinging nettle cream or consuming stinging nettle supplements helped to relieve inflammatory conditions, such as arthritis (Jacquet et al., 2009; Randall et al., 2000).

A number of recent human and animal studies have suggested that nettle supplements and extracts can help lower blood sugar levels, and the compounds in nettle seem to mimic the effects of insulin (Said et al., 2007; Domola et al., 2008; Ahangarpour et al., 2012; Obanda et al., 2016; Gohari et al., 2018). Many of these mechanisms are still being studied in human and animal trials, and more information will be necessary before recommendations on nettle supplementation for Blood Sugar Levels can be made.

5) Acts as a Natural Diuretic

A number of animal studies have shown that nettle supplements act as a natural diuretic (Tahri et al., 2000). Diuretics help your body shed excess salt and water, which in turn could lower blood pressure temporarily.